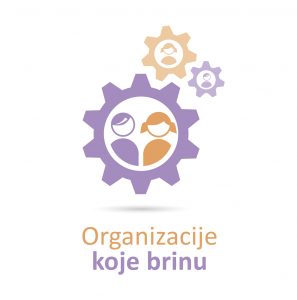 The project Organisations That Care (Organizacije koje brinu) was carried out in 2015 and 2016 and co-financed by the European Union as part of the IPA component I – Transition Assistance and Institution Building and the Office for Cooperation with the NGOs of the Government of the Republic of Croatia. The project was carried out with the aim to strengthen civil society organisations for monitoring and advocating good governance and transparent decision-making with regard to the policies related to children and youths.

The survey “What do YOU want to change?” was conducted as part of the project, with more than 3100 respondents, 2600 of which were children, and which collected suggestions for the improvement of the quality of life of children in three local communities. The support to civil society organisations and training sessions of the officials of institutions that deal in the promotion, respect, and protection of the rights of children and youths at the level of local self-government were provided through the activities. Training sessions were held for representatives of the local self-government, members of the council for prevention, members of local civil society organisations and media representatives who participated in the drafting of local strategies for children and youths, based on real needs of the communities.

The project resulted in the drafting and adoption of three Local Strategies for Children for the period 2016 – 2020 – in Belišće, Vukovar and Sveti Ivan Zelina, as a contribution to creating cities tailored for children.

The project Strengthening the Right of Children to be Safe (Osnažimo pravo djece da budu sigurna) was carried out from 2013 until 2015, co-financed by the European Union under the European Instrument for Democracy and Human Rights (EIDHR) and the Office for Cooperation with the NGOs of the Government of the Republic of Croatia.

The goal of the project was to strengthen the implementation of the legal framework that protects the children from all forms of violence and through various activities, there was an emphasis on the approach focused on the child, whereby all systems included in the protection of children’s rights play a major role, particularly emphasising the mutual cooperation and responsibility of each individual to act in the child’s best interest.

A large survey was conducted as part of the project with almost 6000 youths, parents, employees of the schools, kindergartens and important child protection systems, the media and local self-government participated from all over Croatia with the goal of determining crucial problems that affect the reduced efficiency in the protection of children from all forms of violence and drafting recommendations on how to improve that system. The results of the survey and those recommendations were presented in the survey report, and as part of the project, the publication We are all the system was published, intended for all those who deal with the issue of protection, respect, and promotion of the rights of children. 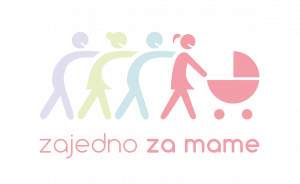 The project was carried out over the course of 2015 and 2016 in partnership with the Women’s Association “Hera” Križevci, the “Children First” Association from Zagreb, the Department of Social Services Križevci and co-financed by the European Social Fund under the priority “Strengthening the capacity of civil society organisations for the provision of social services”.

The publication Implementation experiences and good practice examples of the expansion of social services in the community was published, presenting an overview of the results achieved, the sustainability and the possibility of implementation in other local communities.

This website uses cookies to improve your experience while you navigate through the website. Out of these cookies, the cookies that are categorized as necessary are stored on your browser as they are essential for the working of basic functionalities of the website. We also use third-party cookies that help us analyze and understand how you use this website. These cookies will be stored in your browser only with your consent. You also have the option to opt-out of these cookies. But opting out of some of these cookies may have an effect on your browsing experience.
Necessary Always Enabled
Necessary cookies are absolutely essential for the website to function properly. This category only includes cookies that ensures basic functionalities and security features of the website. These cookies do not store any personal information.
Non-necessary
Any cookies that may not be particularly necessary for the website to function and is used specifically to collect user personal data via analytics, ads, other embedded contents are termed as non-necessary cookies. It is mandatory to procure user consent prior to running these cookies on your website.
SAVE & ACCEPT